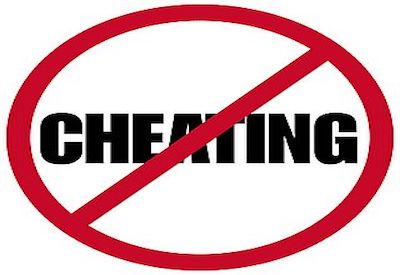 Cheating has been a problem in sporting events for as long as there have been competitions, and doesn’t seem to be going away any time soon. In fact, cheating in youth sports has become a big problem with playing older kids against younger kids. These older kids parents and coaches are using fake birth certificates and other tactics to cover up the fact they are older. Some parents are even holding their kids back and calling it “re-class” so they can get an advantage and be older than the kids in their grade.

All of this cheating in youth sports stems from the fact that so many professional athletes have been caught cheating using enhancement drugs and making almost accepted for athletes to cheat. It is so hard to catch cheaters, it is typically only through the stupidity of athletes or some sort of mistake that they are caught. Ben Johnson of Canada, who won a gold medal at Seoul Olympics and then lost it after testing positive to steroid use, admitted that he took steroids consistently, but was only caught after testing negatively 17 times.

A sad side effect of the tendency for cheaters to get away with their tactics is that others are tempted to follow in their footsteps, rationalizing that if some can do it, they can too. Indeed, athletes may feel that the only way to level the playing field is to become cheaters too, which is a sad thing to see, as it taints competitions and makes a mockery of fair play.

Young athletes often look up to star athletes, hoping to follow in their heroes’ footsteps. Once one such professional is ousted as a cheater, however, it may shatter a young athlete’s perception, making them wonder if the only way to get as skilled as their idol is if they, too, cheat. This is a horrible thing to see, as young athletes are the future of sports, so any that are tainted just continue the cycle of cheating.

Therefore, it is up to professional athletes and sports leagues to make it clear that cheating will not be tolerated under any circumstances, levying heavy punishments on those who knowingly break the rules. While there are some cases where an athlete truly did not mean to cheat, these are few and far between, so they are unfortunately lumped in with the whole bad bunch. If professional athletes make it known that cheating is taking the easy way out, to the detriment of all athletes including the cheater themselves, perhaps a reduction in breaking the rules will occur. It is the only right thing to do, in order to nip the problem in the bud before the cycle continues in the next wave of young professional athletes.