This article is about a skill that is required for every basketball player if they intend to become better at this sport.

Having great physical ability has great importance in Baseball. Being better than others in these physical skills will be the key to success for the most part of your career. Sports is mostly all about being better than others physically. You got to have better throwing, hitting, catching, and running to reach the top. However, even though all of these skills are very important, one skill is more important than all of these other skills, and that is learning. 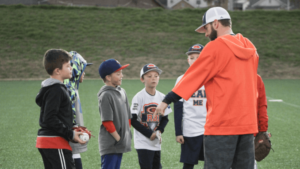 The ability to learn and take instructions may sound very easy at first, but it is really not. Some people take a lot of time to learn, while others learn very quickly. These are the people who succeed in Baseball. The ability to learn could also be referred to as being coachable. Showing that you are coachable can do wonders for you and your team. First of all, this would show how dedicated you are to learn and to win for your team. Here are some tips which will allow you to become better at being coachable.

What does being coachable exactly mean?

As told earlier, being coachable is just like the ability to learn. It is mainly focused on being able to take criticism from your seniors or coaches. Although you may be great physically at Baseball and you might have the potential to become great at it, there could still be certain things that you could be doing wrong. Although you may find it hard to identify the mistakes you are making, other players and coaches can view from a different perspective, so they may be able to identify your flaws. Therefore, it is very important to take criticism from your coach and other players. When they suggest something, try understanding them and show them that you are coachable.

One professional Baseball player even said that the people who are uncoachable can be a black mark on their player profile. He went on to say that even though you may think you have done nothing wrong, your teammates and coaches can view you from a wider perspective and can identify your mistakes. Thus, a good Baseball player would listen to the coach and the teammates. Not listening to them would be a sign of disrespecting and being ungrateful. After all, the coach is telling you your mistakes because he/she wants you to improve as a player.

The importance of being coachable grows as you improve as a player. The game will keep evolving and you will keep getting tougher opponents as you improve and climb up the ranks. The reason why some people suddenly stop growing in Baseball is that they become arrogant after becoming somewhat good. They stop taking any pieces of advice and stop being coachable. This makes them fall behind.

Because Baseball keeps improving and evolving, players have to be open about being coachable. They will have to try new things if they want to win at the highest ranks. If not, then the player will be limited to his current level for a very long time.

Showing that you want to learn and are coachable will also improve your image in the mind of the coach. The coach would be determined to help you out and would focus on your game even more. When a coach is focused on your performance, it will improve your game by a lot in a very short time.

Being coachable may not be an official skill or ability, but having this might be a valuable asset for every Baseball player who wants to improve.

Baseball Umpire Signals that You Should Know
February 21, 2021
MLB TELLS COURT THAT CHEATING IS A PART OF SPORTS
February 25, 2021