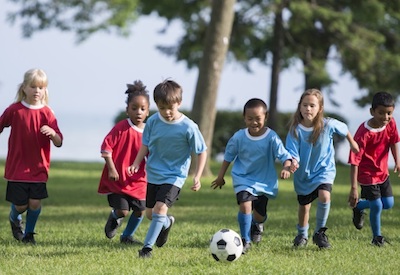 Youth Sports Participation is Down

Youth sports are known to have many beneficial qualities associated with them, such as wellness and social exploration. However, despite, this, participation in youth sports programs has been trending down in recent years for a couple of reasons.

One reason is that parents are making youth sports all about them. Although athletes tend to have fun during sporting activities, this can be greatly reduced thanks to the presence of overbearing parents or coaches. As such, when these adults make the sporting events all about themselves by demanding winning at any cost, it is the players that pay the price. The pressure that is put on young athletes by adults makes the act of playing in games much more stressful than it should be, and turns something that should be enjoyable into one big chore.

Another reason is that there are simply fewer young athletes that fit within the age demographic for youth sports due to a reduction in births during the recession. In 2007, a record 4.3 million births occurred in the United States, according to experts, but that number declined every year from 2008 to 2012, while the fertility rate declined in 2013 as well. Additionally, 2014 was the first year since 2007 that the number of births and the fertility rate increased — but only by about 1 percent.

The results of this lack of births are finally being felt, as those making up the comparatively barren group of children are now the ones participating in youth sports. With fewer participants, the numbers are being skewed to show a decline in participation. While this is technically true, it is a result of parents’ desires to save money, and not from participants getting disinterested in playing sports.

This is not to say that young athletes aren’t getting tired of playing youth sports, because there is certainly evidence that players are getting burnt out from playing the same sport over and over for overbearing adults. The only thing to note is that the figures may appear higher than they should, due to the recession’s effect on the number of births.