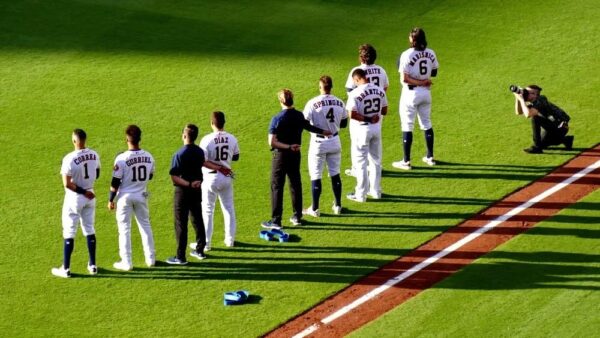 Cheaters Have No Right To Act As Victims

Admittedly, Cheating in its all manifestation and forms needs to be condemned and discouraged by all means. Therefore, it is rightly said that cheaters should never be allowed to claim to be sufferers. One can recall that the Huston Astros acted unfairly during the World Series titles. The Astros had infringed sign-stealing rules during home games and repeated the same subsequently in the World Series. The Astros and a group of its fans used a completely new and fresh mobilized campaign with a slogan like “us against the World.”

There are a considerable number of instances that depict incidents of cheating and fraudulent use of things for the purpose of getting through. Instead of accepting and realizing their deception and dishonesty, they have tried to act as victims. In this respect, you can find many famous examples. The New England Patriots of the NLF also cheated on different occasions, especially during Super Bowl competitions. They committed such cheating in the recent Deflatgate cheating scandal. In due course of time, the Patriots were penalized owing to such cheating, but they did not accept that. Instead of rectifying their swindle, they reacted using their fanbase. They got used to a group of fans crying with the motto of “us against the World.” In this connection, a T-Shirt was produced with the face of Roger Goodell, the then commissioner who had awarded the punishment. The media company of the Pro-Patriots brought forward this T-Shirt.

The Titans also acted similarly, and they did not give the hear and violated the given protocols of the COVID-19 by practising outside the facility. They were supposed to abide by the instruction issued by the NFL, but they opted to return to their facilities.

Furthermore, they espoused and supported the stimulation and incitement in their motto as a driving force.

As a matter of fact, these tactics adopted by the teams are attempts to depict them as victims rather than cheaters. They do such things to demonstrate the world wrong. They feel that they have a big fan following, and the fanbase and their media will project their new point in a supportive way. Thus, these cheating teams endeavour to use the slogan “us against the World” to get favours and support from the people.

Admittedly, the team that broke the rules and used ill-means to get benefits is cheaters and must be taken to the task. Undoubtedly, such a team deserves to be punished. This irrational attitude of the teams gets aggravated when their fans replicate the same things in support of the teams’ motto. Regrettably, this unfair approach needs to be discouraged and done away with strictly. Teams getting through by means of illegal manners and cheating deserve to be condemned instead of receiving any appreciation. Their supporters need not gloat or express any pleasure too. In fact, teams acted in violation of rules, and managed to win the game, and did not deserve any applause. Therefore, fans should also realize that they do not get any gloating rights. Because the team getting through by ill-means are not victims, rather they are cheaters.

The fanbase should praise their teams if they win the game is fair and transparent ways through competition. Most of the teams alleged of breaking the rules try to adopt the victim complex in different manners. They are of the view that everyone commits rule violations, and that does not matter at all. However, these arguments do not carry any weight. If someone commits an illegal act, that does not give any license to other people to unleash unfair and illegitimate things for cheating. Moreover, it is also incorrect to say that cheating does not affect the final results of the game. There could be a host of ways whereby teams can be motivated, but the motto of the “us against the World” approach is absolutely wrong and does not serve the purpose of the competition and sportsmanship spirits.

Taking into account the above-narrated things, it would be appropriate to treat every cheater team in the same manner as an individual player who was found in cheating. There are many examples of individuals who got punishments.

For instance, Lance Armstrong, a cyclist, disappeared completely as soon as he was found involved in the use of drugs that increased the performance. There is no denying the fact that cheating is always unwelcome and unpleasant. It kills the real sense of the competition spirits. The deserving team is deprived of owing to such bad things. Thus, the teams should never aggravate their standing by using the wrong motto to obtain their fanbase’s support and to motivate their players. In fact, the cheaters can not claim any right to behave as sufferers.