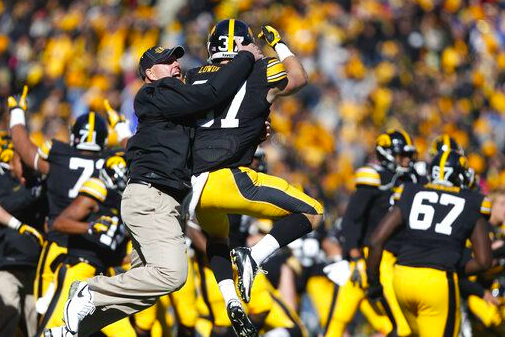 UNETHICAL BEHAVIOURS OF A COACH

Maddy, 11, was required to perform against a former partner and practice partner from her previous club six months previously. During the match, Maddy’s old coach and many other former players gathered just behind the fence, shooting her the “evil eye.” They intended to make her feel uneasy, she claimed. Maddy and her parents had chosen the resolution to quit this club and its coach as a result of this.

COACH, ARE YOU SERIOUS? Not only did you urged your athletes to do this to another player, one of your former athletes, but you also participated in the misconduct? And what is your age? What precisely were you demonstrating to your players in this situation? Is it appropriate for a rival to act in this manner? What if one of your fellow partners decides to quit you, they will suffer the same problems?

Numerous “problematic” calls were made by Maddy’s competitor amidst the opening set, which she won by the way. The opponent was intentionally and proudly labeling balls that were well enough in the line, “OUT.” She was cheating, purposefully and boldly.  All of this occurred in the presence of her old buddies and coach!

COACH, ARE YOU SERIOUS? Are you approving of your team’s cheating in a competition? You’re essentially encouraging your squad, as well as everyone else watching the game, that this level of dishonesty and lying is appropriate? That cheating and winning are acceptable? Will their new coach approve the cheating which you so expertly taught them when they’re on to participate in their high school and college teams?

And if they’re talented enough to play a college sport, their coach will surely appreciate your habit of displaying your character? And if they ever got proficient enough to become professionals, perhaps we’d all be able to witness them cheat on big screens? Oops! I completely forgot about it! As a professional, you don’t get to operate on your own terms!

Maddy’s rival increased her “clever” calls in the second set. Maddy was becoming increasingly distracted and uncomfortable as a result of the dishonesty and pressure. Maddy dropped the set as a consequence, and both players proceeded for the tiebreaker set. Without a surprise, you made your delight known strongly, coach! You must’ve been ecstatic to see your protégé perform such a brilliant and bold come back after being knocked out previously?

COACH, ARE YOU SERIOUS? Are you that detached from what you’re preaching here? Are you so blind to the truth that competent coaching has nothing to do with the outcome of a game? Do you not see that you’re meant to be assisting these young ladies in becoming capable, confident, and self-assured adults? Are you so oblivious to the fact that you’re training kids to be deceptive, spiteful, and cruel?

Even after everything that had happened to her, Maddy won the tiebreaker by a score of 6 to 3. She subsequently struck a stunning winner that was a foot and a half within the line! The score came out to be 7 – 3! But hold on! It was called OUT by her competitor! Despite Maddy’s arguments and the employment of a lines judge, her competitor refused to award Maddy the point.

Read more: How to write a Basketball Coach Resume

Coach, you must’ve been ecstatic and proud! Maddy was thrown over the brink by this last call. Your player “managed to win” the match because she broke down. I hope you all decided to appreciate this magnificent “triumph” later! There’s no doubt that you keep your job as a coach in context, that you understand what’s most essential here and what has to be done to appropriately transform young females into capable adults in the world!

COACH, ARE YOU SERIOUS?