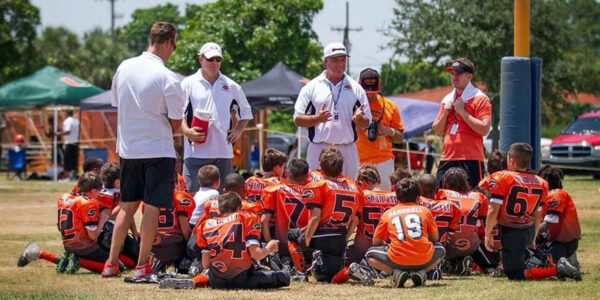 When people think of talented young athletes, they think of some athletes who began their career in kindergarten. While this may be true, there have been some exceptions.

One of them is a former defensive end for the San Diego Chargers Antonio Gates. Gates used to play Basketball throughout his college career; however, he tried out for some NFL teams and was eventually picked up by the Chargers. Gates went on to become a very successful NFL player during his career.

Another example could be Rolf Loyens, who only started playing Football in grade twelve of high school. Some CFL teams eventually approached Rolf but he decided to enter the corporate world after university. Rolf said that when he went out and played football, people saw some athletic talent in him. Rolf then decided to go to the University of Ottawa given that he had good grades in his college years. Rolf enjoyed being part of the Gee-Gee. Rolf was the captain during his last year in university. He wouldn’t trade those four years at the University of Ottawa due to all the life skills he learned during his time there. 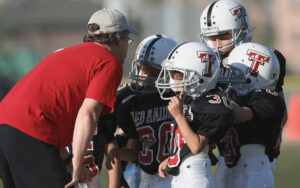 Because Rolf got involved with coaching early into his son’s athletic career, he understands that for parents or volunteers, it can be challenging to find the courage, time, and motivation to get involved with youth athletes. Rolf thinks this is due to perceived inexperience, and that more parents should get involved from the ground floor. He thinks that parents are afraid because they don’t know how to coach these kids. Rolf thinks that in today’s online world, it is very easy to coach since all you have to do is look up some skills and drills online, organize and manage the kids while they do these drills.

Rolf says that you build a network when you play sports. And this is also when a lot of friendships are made. Rolf still sees a lot of his university friends. Another thing that Rolf said happens is that kids with different backgrounds come to training, and certain kids need some sort of influence in their life. With his coaching, Rolf could provide these kids with the support that they need. This support is quite valuable to them, as they would remember it for years to come.

While Rolf maintains his role as the head coach of the Nepean Eagles Midget football team, he spends his workdays as the owner of his company, Base360. Base360 is a sportswear company that mostly sells undergarments for athletes. Rolf admits that he would not be where he is today, without sports. Rolf teaches the kids that there’s nothing harder than 1st and goal on the one-yard line. It’s the same in life. He teaches kids not to give up no matter what the obstacle.

Rolf was lucky enough to use his love for sports and turn it into a very successful career.

With sports, you can bring people of all ages and backgrounds together. Sports have such a positive effect on a child’s life. Hearing Rolf’s amazing story, hopefully, more parents could come out to help the youth when organizations need coaches.